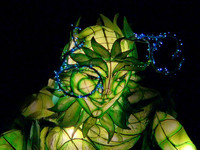 What has become clear to me as I get more into relationship and systems work is that conflict is an inevitable part of life and the aim is not to avoid all forms of confrontation rather it is something much more challenging initially. The key is to recognise what is going on and develop the skills to manage it. I have known this for some time and was rather dismayed that when I reached out to an online group of spiritual people to discuss it, the collective response was almost to deny this truth. That is just burying your head in the sand and ignoring the messiness of life. As spiritual beings having a human experience, our souls want to experience the full range of emotions even those hugely painful ones. We are not our feelings and with greater understanding, we can step back and observe it all rather than getting wrapped up in the drama or denying the reality of it. Let me go on to share with you some recent insights I received which I think help put all this into perspective so that you no longer fear conflict but rather embrace it and move through it, acknowledging all that you have learnt from it.

It starts with understanding stress

How often do you hear people saying that they are stressed out? The implication is that that is the cause of their behaviour but here’s the first fact stress is a symptom not the cause.

Stress comes about when there is inner conflict. Here’s what I love and I am thankful to Sandy Newbigging for explaining this so clearly for me. Conflict is made up of two forces resistance and attachment. Let me go deeper by sharing some of my stuff. When I get frustrated with my daughter for losing things there are two things going on. There is resistance to accepting that as a creative she has a tendency to be scatty AND attachment to the need for order due to a belief that being organised saves time and leads to greater efficiency. In other words the stress I can feel in those situations is not caused by what has happened but by internal disharmony between my resistance to what I don’t want to acknowledge AND an attachment to something I think I need. Sandy puts it as

Stress is a symptom of there being a conflict between what your mind wants and what your soul knows you need; for you to fulfil your life purpose.

In essence as long as you remain in conflict with life by forcing it to meet your expectations then you will stay stressed. So how do you make the shift?

The first step is to really embrace and start living from the Taoist philosophy of who knows what is good and what is bad. There are many versions of the parable but this is my favourite. It is set in Ancient China when owning a horse was considered a sign of wealth:

One day a wild horse jumped a poor farmer’s fence and began grazing on his land. According to local law, this meant that the horse now rightfully belonged to him and his family. The son could hardly contain his joy, but the father put his hand on his son’s shoulder and said, “Who knows what’s good or bad?” The next day the horse made its escape back to the mountains and the boy was heartbroken. “Who knows what’s good or bad?” his father said again.  On the third day the horse returned with a dozen wild horses following.  “We’re rich!” the son cried, to which the father again replied, “Who knows what’s good or bad?” On the fourth day the boy climbed on one of the wild horses and was thrown, breaking his leg. His father ran to get the doctor; soon both of them were attending to the boy, who was upset and in a great deal of pain. The old farmer looked deeply into his son’s eyes, and said, “My son, who knows what is good or bad?” And on the fifth day the province went to war.  Army recruiters came through the town and took all the eligible young men to fight the war.  The farmer’s son was not taken because he had a broken leg.

This comes to my final point which is that the more you can suspend judgement and develop 360 degree thinking the greater versatility you will have to deal with the vicissitudes of life. Interestingly in some research published by the Harvard Business Review recently 360 degree thinking was in the top five attributes considered to be vital for leaders today. That’s hardly surprising as the old command-control structures give way to ones built on self-organising principles which are about empowering employees to see themselves as leaders.

If this seems like too big a stretch for you right now then let me offer you the first step. It comes

by breaking with your routine, even taking a breath and trying a different approach. This becomes much easier when you build in daily meditation time. In the last 12 years there have been over 10,000 studies done that show the benefits of mindfulness. I know how busy you are and that finding an hour a week for eight weeks can be a challenge. So I have designed a weekend course, which will enable you to get all the tools that you need to bring about a step change in your life. And what people have said about my programme is that it is highly practical and introduces techniques that you can build into a hectic schedule. I know what its like as I have two small children and two businesses to run and I couldn’t do it without this as my foundation.

Find out more details about the weekend, including client testimonials here. Being towards the end of November, it makes a great early Christmas present to yourself and you will feel rejuvenated by the end of the weekend.