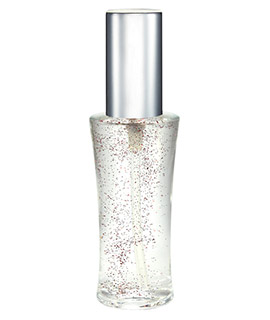 Last week Red Dragon came up in a reading for me and then one of my clients.  It is all about dealing with unprocessed, repressed emotions so you can release anger.  This is only possible with a huge dollop of self-compassion and compassion for others.   Let me share a story that explains this in more detail.

An ultra marathon takes a long time especially if you walk it.  The 50 kilometre distance tends to take about 13 hours with four breaks to refuel and look after your feet every 12kms or so.  It is physically exhausting as often you end up with blisters or worse; and in such conditions people can be triggered.  In the four that I completed over the last 18 months I have witnessed that a number of times.

It was particularly hard in the last race that I completed because the organisers added another five kilometres onto the end of the race so it became 55 not 50 kilometres.  We found this out at the 47th kilometre and it took every ounce of will power we had to complete the challenge.  We were all exhausted and walking in the dark by that stage.  So it is little wonder that one of our team lost it at the finish line.  She made it clear that she felt as if she had been let down.

A key spiritual principle to live by

One of the spiritual principles that I live by is judge nothing, respect everything.  Although the anger was directed at me, I did not react because I did not want to add fuel to the fire.  I realised that she had indulged one of her “primary reptilian impulses” by getting angry. It takes work to diffuse a challenging situation with a smile or a well chosen kind but firm word.

I did not have the bandwidth to restate my boundaries.  I felt disoriented and realised that I also had a responsibility to the person collecting me who was the husband of a friend of my husband: so a rather tenuous connection at best.  I chose to do nothing and perhaps that was my mistake.  The other person kept stoking their anger and judging me, I have no idea of the story that they were telling themselves but less than two months later she had cut me out of her life and I did not realise for about three months.

Please don’t pity me or feel sorry for me.  I don’t see myself as a victim although I was deeply saddened by the turn of events.  No one likes to lose people they consider to be friends.

Let’s deconstruct what was really going on…

There are powerful impulses in you, in each of us:

When that desire takes over, there are angry words and openness about what might have happened to other team members is notable in its absence.  In the heat of the moment there may be a bit of relief but in the long term such anger if you hold onto it just corrodes relationships.  It eats away at your peace of mind; you judge the other person as having wronged you and try and cauterise the pain by cutting them out of your life.

This does not work because you are not healing the underlying issue, your primal reptilian impulse to anger. Until you find a way to sublimate that, Source will keep providing you with similar situations and people in life.

Anger is a secondary emotion and underneath that charge there is fear or sadness.  Awareness of this is the first step.  Also using meditation, a remembrance practice, or centring is a great way to develop the only antidote to this impulse and that’s love.  The problem is that it is not as showy, nor does it stand out in the same way as anger.  It is also much more subtle so it takes time and practise for to emerge as your go to response.

Anger will get locked into your cells by judgement and is an emotion that you will have to continue experiencing if you don’t let it go.  You will repeat the same kind of situations, with the same types of people until you get it.

What makes it difficult to stop the judgement is the fact that if it is habitual, you don’t know who you are without those judgements.  Having no identity brings more fear so you cling to what you know even if it’s poisoning you and destroying many of your relationships.

It comes back to your ego.  It is constantly trying to remain relevant.  It does that by promising you that you will be happy in the future if you behave in a certain way now.  It will justify your anger to you.  There will be a lot of blame towards the other person in the story.

Going back to my scenario when I realised that I had been dumped, I felt deep sadness.  Then I reminded myself that I have reached out and tried to repair the relationship.  Although this is not what I wanted, sometimes it is about letting go what no longer serves you in so doing you are allowing space for something better to take its place.

If you find yourself getting angry and even judging another, take a breath.   And as you relax ask yourself, can I find the 2% truth in the other person’s story?  Curiosity in others, which comes from self-compassion and compassion for others, allows you to see so much more.  It is also the key ingredient in feeling alive, a spark of which allows you to enjoy life so much more.