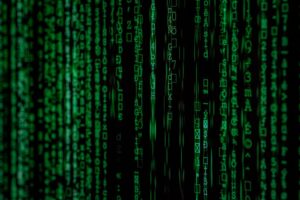 A month or so ago I reached out to members of my linkedin family to talk about that elephant in the room – money.  Wherever you look it’s influencing behaviour on a continuum.  At one end there’s an underlying fear that there is not enough which can lead to people holding on to whatever they have and so contract energetically.  Alternatively what can happen is the accumulation of more than you could ever need – I found out yesterday that Dwayne “the Rock” Johnson was named the highest paid actor for the second year in a row having learnt nearly $100 million between June 2019 and June 2020.  If you scratch the surface of greed, you will probably find a fear of not having enough.

At the same time I have been watching Harlots, the period drama based on the British historian’s, Hallie Rubenhold, book The Covent Garden Ladies.  The basic premise is that as a woman the only way to have a place in the patriarchy is to have your own money.  This belief is the justification the main character uses for selling both her daughters into prostitution. Shocking as that may seem to us today at the time one in five women sold their bodies as a way to put bread on the table.

An addiction and a distraction

If we chunk up a level, we recognise that we created money and it is just one of a number of addictions and distractions that can prevent you from being yourself.  For example research has shown that around 80% of those with employment do not enjoy the work that they are doing – are you among them?  People continue doing what they are doing even though they might be miserable in the name of security. Such thinking and ways of being tend to have an adverse effect on all areas of your personal life.  Statistically work based stress in the UK has increased from 59% in 2018 to 79% in 2020!

What’s your relation to consumerism?

So what’s the answer? In some ways it is about noticing how you are feeding the consumerist beast.  Clients of mine in lockdown who had regularly indulged in retail therapy as a treat to themselves because of their stress levels and the busy nature of their lives, were forced to stop.  They noticed that they didn’t miss it and in some cases decided not to resume with that habit as we come out of lockdown.

Three tips for you:

1. Start by reviewing your own relationship to money. Be honest with yourself. How do you feel about it? Are you scared of it, do you love it?

2. See if there are ways you can simplify your life.  Could you make local investments or grow more of your own food for example?

3. Take up something that can help you slow down be that learning meditation, walking, yoga or a combination of things.  Giving yourself some space to reflect could really help you start to see your own stories for what they are an illusion not reality.

In short however you see life, in many respects it is just an illusion.  As you recognise that whatever hold life had on you is dropped and you move to another level.  And just like an online game with all its levels, you only move on to the next level when you pierce the veil of illusion on that level.

Stepping up to the fifth dimension

If you want to move beyond the scarcity and greed continuum that pervades third dimensional reality; and you really want to experience what heaven on earth is like then consider exploring the Platinum portals with me in September.  These beauties radiate fifth dimensional energy.  More than that they will allow you to experience the zero point – the point of meditation where you exist in an infinite, calm space of amazing energy.

What gets in the way of YOU being your whole self?
Tagged on: abundance    addictions    distractions    game    Hallie Rubenhold    Harlots    illusion    money    the Rock
This website uses cookies to improve your experience. We'll assume you're ok with this, but you can opt-out if you wish.Accept Read More
Privacy & Cookies Policy