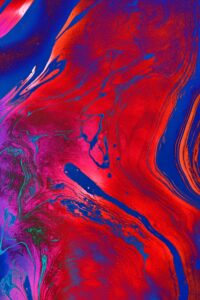 Quite unexpectedly I found myself watching the Harry and Meghan interview at the beginning of the week like almost 40 million others (US & GB viewing figures combined).  Since then there have been a number of articles many of which have focused on the “white privilege” angle. What I feel called to do is offer an alternative explanation from the lens of colour to provide greater understanding about the dynamics within relationships and how they can play out.

This story goes back 85 years and has its roots in Edward VIII’s decision to abdicate in 1936 so that he could marry the woman he loved, the American divorcée Wallis Simpson.  That act has shaped countless decisions since then making this situation an ancestral issue.  Edward’s act left a permanent mark on the family as the former king was never forgiven and any member who showed any of the character traits associated with Edward VIII was firmly reprimanded in attempt to curb any potential excesses.

The colour Blue is present as the quality that has predominated the Queen’s reign – a sense of duty, a responsibility to the country that comes before anything else.  The Queen still commands a great deal of respect because she has remained neutral rather than becoming embroiled in the various political issues that have coloured her reign. Let’s explore the qualities of this Blue leader further.

What we see in the Queen’s reign is her ability to bring order and harmony by defining clear rules of engagement. What has always guided her is the question “what’s the right thing to do for the country?”  Her approach shows a stoicism that’s unheard of in this modern age.  At times in her life she has shown great fortitude and self-control that has allowed her to take the long view and ride out the crisis of the moment.

Unfortunately when a strength is overplayed it becomes a weakness. What we see in Blue is a predilection for tradition and duty which can make it extremely difficult to recognise, let alone express one’s feelings; and at times of national crisis we have seen the Queen withdraw from public life.  At these moments communication has become stiff and inflexibility is often present, as the preservation of the old order at all costs becomes the focus.

These traits are what we are seeing playing out in the current situation between the crown and Harry and Meghan Markle. Despite it all however there is still quite a lot of respect for the Queen’s position as she has held it consistently throughout her reign often at great personal sacrifice.

The traits of the Violet leader

The person who does not come out of this so well is Prince Charles.  Again we can understand this more when we look at his way of being through colour.  His colour is Violet.  Violet is the colour of the philanthropic leader.  At their best Violet leaders represent the archetypal servant leader whose focus is on building a better world.  Prince Charles has strong views about the environment that has led to the creation of his brand Duchy Original.  At their best these kinds of leaders are full of integrity and tend to champion social causes as a way of creating a more just world.  Having such strong convictions about what is right is what fuels this type of leader but can also be their undoing.  Their intensity can blindside them so that if they are not aware, they will start judging those that don’t hold similar standards.  This opens them up to the judgement of others when they fail to live up to their own ideals, which in some respects is inevitable because each of us is both human and divine.  Going back to Prince Charles this begs the question did he act out of integrity in all of his dealings with his former wife, Princess Diana?

Red is the colour of family

Before we come to the denouement, we need to bring in one more colour to help us make sense of what’s happening and that is the colour Red.  Red is the colour that represents family and as Ram Dass said “If you think you are enlightened, go and spend a week with your family.” The unspoken wound in the royal family was Edward VIII’s decision to abdicate.  He put his needs above those of his country and that had a devastating effect on his family and created a festering wound.  Both George VI, his brother who succeeded him, and then Elizabeth II were reluctant monarchs.  The Queen experienced first hand the impact of her Uncle’s decision and vowed never to make the same mistake and so chose the path of Duty. This has come at great personal cost at times and what can be sensed underneath that is suppressed anger, which can be traced back to the untimely death of her father at age 56 in 1952.  This forced the Queen to take up the mantle of leadership before she was ready and meant she could never explore what she loved, training race horses.

All of this unexpressed emotion and sacrifice within the family has created quite a stranglehold over the actions of its individual members which has played out over a number of generations making it ever more complex.  Looking at the two main protagonists – the Queen and Prince Charles – it’s easier to understand the dance that is being played through the colours they represent. When you look at the energy of these two colours Blue and Violet, you can see how much they challenge each other.  At their starkest we see the traditionalist versus the social reformer. At various points Prince Charles has tried to challenge the status quo and to carve his own path but that has come at great cost.  At 72 he is still waiting for the opportunity to become King and so it is not surprising that at the height of the crisis with Meghan and Harry, he stopped taking his son’s calls.  He is enmeshed in the family entanglements: in the past when he has spoken his truth, it has caused him great pain so here he is resistant to doing the right thing.  It’s not so much a conscious decision; it’s his reptilian brain protecting him.

What is the way out of this?

When you add Red and Blue together or Red and Violet you get the colour Magenta and that is what is needed to heal this rift.  Magenta enables transformation of human consciousness by deepening awareness of the needs of the higher self.  This can come when we choose to parent ourselves recognising that we are each perfectly imperfect.  At its most basic it’s about choosing love rather than fear. Underlying so many of the decisions taken by “the firm” is a fear that the monarchy is considered outmoded.  All the decisions taken by the Queen as head of “the firm” is to do what it takes to preserve the monarchy.  This comes from a sense of constriction whereas if there could be more acceptance then a new way forward may be found.  Acceptance means that all protagonists will need to accept some uncomfortable truths about themselves, which can only come if they recognise those aspects of themselves in the first place.    At the systemic level there is also the  challenge of  dealing with the “time spirit” – the abdication of 1936, something which is not expressed or present in the system but is impacting the whole family system. Only then will it be possible to find healing through Magenta.

To find out more about how colour informs leadership read the book I co-authored Colourful Boardrooms – UK http://amzn.to/2jcdM5i

What has led to the schism within the Royal Family?
Tagged on: Harry    Meghan Markle    relationships    royal family    schism
This website uses cookies to improve your experience. We'll assume you're ok with this, but you can opt-out if you wish.Accept Read More
Privacy & Cookies Policy