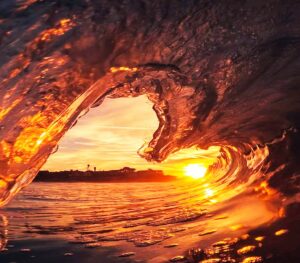 What does orange mean? That’s what I was asked recently by someone I met who had fallen in love with the colour. And my favourite anecdote of all was what happened when I was sharing with a new contact that orange is all about connection and inclusion. She does Diversity and Inclusion work and all her packs go out in orange folders. We both laughed at how in tune that was when she didn’t even know that was the case.

In Colourful Boardrooms, I share a series of business principles that I designed to use with CEOS and their top teams and the one for orange was Value and recognise others in their wholeness. Diversity brings richness and infinite possibilities. Just imagine what the world would be like if that was the norm. And this month when we celebrate the African diaspora it feels like an appropriate time to acknowledge the importance of inclusion.

What’s the essence of Orange?

In exploring this we come to the essence of orange in spiritual terms. It can be summed up in one word forgiveness. This is only possible when we have an understanding of the full situation or the other. When that is not present you are stuck in the shadow side represented by the quality intolerance. This shows up as a distorted use of logic where instead of seeing all the patterns at play so you can see the whole; you allow your emotions to colour the situation so that your argument is based on opinion rather than fact. If we take systemic racism as an example, this is endemic in many organisations and institutions because of an ancestral fear that is carried from one generation to the next.

A different take on the US election

If we examine what’s happening in the USA as Biden and Trump go head to head, we can see that in its depth this is a culture war between the “liberal elite” and those that consider themselves to be “outsiders”. At another level what we see is a fear at an unconscious level of what life will be like when in 2045 the white majority becomes the minority and people of colour become the majority. There is a primal fear about white extinction; and yet much of that is subconscious.

Even if you recognise all this, you will never reach understanding through the mind alone. The way through comes when we take this back to the microcosm –  you as an individual. You need to give yourself space to be still long enough to discover a sense of deep awareness from within. Even when you do that there will still be times when you get triggered because you are both human and divine.

And a personal example of what I’m talking about

Let me share a brief story to illustrate what I am talking about. I had a client who had a strong reaction to working with one of the Colour Mirror bottles. She contacted me to share that experience and we exchanged a series of texts. She wanted to understand what was happening and I was happy to be of service because I love colour. In the exchange of messages, she got triggered and had the emotional bandwidth to share that with me. I took some time to go within to understand the dynamic and offered some of my own insights.

If it had ended there it would have been fine. There is a danger to communicating deep truths by text or email because it is impossible to feel into where the other party is coming from just through the written word.

If it’s not possible to speak by phone or in person, I would recommend taking time out when you get triggered to see all of what’s at play.  Unfortunately that is not what happened in this situation.  Instead there’s a reaction and you go on the defensive or the offensive. In this situation, the impact was such that I chose to reduce connection for a number of days to reflect on the exchange rather than react in the moment.

What I had to do was go deep within to see what the learning was for me. It also required me to flex my forgiveness muscle because there was a part of me initially that had been angered. It takes time and great honesty.

The jewel in the pain

What I realised as I explored the whole situation at a deeper level was that we were mirroring each other.  We both wanted respect and to be seen. Full forgiveness goes beyond understanding.  There’s recognition that we are paying off a karmic debt.

This is why you start to feel lighter when you exercise the forgiveness muscle.  If you want to share an area where forgiveness is needed, I am always here and ready to listen

Forgiveness: the key to creating the future that all our hearts yearn for
Tagged on: diversity    fear    forgiveness    inclusion    intolerance    US election
This website uses cookies to improve your experience. We'll assume you're ok with this, but you can opt-out if you wish.Accept Read More
Privacy & Cookies Policy
necessary Always Enabled
non-necessary