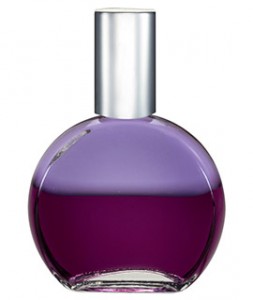 When I received my latest order of stock earlier this week I was delighted.  In many ways it was miraculous as the South African air space has been closed with no passenger flights going in or out since 23 March.  As I unpacked it I realised one bottle had smashed, and it turned out to be Saturn (the one pictured).  I was curious about what the message back to me was as this is not a bottle that many people bathe in. And I didn’t have to wait long for an answer!

Within the Colour Mirrors system, we often associate this bottle in particular with self-judgement.  As Charles Eisenstein writes it is impossible to be judgmental of yourself without being judgmental about others.  Why does any of this matter you might ask?  Let’s go a bit deeper.

For me there is a distinction between discernment which is a healthy trait and judgment.  To be judgmental is much more than just having preferences, it carries a moral judgment.  It is like saying that something is right or wrong, good or evil.

Judgment is a form of separation because it says that you choose differently from me because you are different from me. If you consider that further it allows you to feel justified to express an opinion on another because what you are saying is you are better than someone else.

Putting yourself in another’s shoes

This whole process is about separation because what it is really saying is that if the totality of my experiences were the same as yours, I would do differently from you.

In fact there is a whole body of evidence that shows this is false and that if the sum of your experiences and circumstances were the same, you would do exactly as they had done.  Although I find it very hard to imagine doing certain things like torturing another human being, the crux of Lord of the Flies is that civilisation is just a thin veneer.  In other words we are no different from other people. Judgment toward others reflects only our lack of understanding, not any fundamental difference in our core being.

Theory that backs this up

In social psychology this theory is called “situationism.” It says that it is our whole internal and external context taken together  determines our choices and beliefs. In contrast, many people in our society hold the view of “dispositionism”, which says that people make decisions by the exercise of free will based on a relatively stable set of preferences. If someone does a good thing, from the dispositional perspective, it is probably because he is a good person. Let’s explore this further through the tale of the good samaritan.

A 21st century take on the Good Samaritan
Many times when the story of the Good Samaritan is told, the emphasis is that the Samaritan, the third person to see the person who was beaten by robbers and left at the side of the road, was a better person.  What if the first person who saw the victim was responding to a call from a nurse at the hospital who had asked them to come quickly because their father was dying?  What if the second person was already running late for work and knew if they were caught again, they could lose their job?  In this version of the tale the good samaritan was the only person who was not in a hurry and so had time to stop.

Back to my experience with Saturn

I had a very challenging day on Wednesday and ignored my heart’s yearning to go out for a walk and just kept on working.  It had started by reading a comment from someone about one of my articles.  I was delighted to receive their response until I read the word “dissatisfied.” It triggered me but rather than acknowledge those feelings I responded with how I could provide further information.  Around 10 hours later they responded and it went nuclear. I felt as if I had been attacked.

At that point I did go for a walk to clear my head and I reached out to a third party as a way to deal with my pain.  Over the next 12 hours the situation got resolved and there was some real magic in this messiness of human emotion.

The healing came for me because the two of us in the situation were able to speak and both share how we had been triggered.  I saw her more fully as a result and felt I knew her better which feels like a real blessing.  And in so many ways this is what Saturn shows us – the gifts in any experience.

You can find a way through any situation you face when you can release the anger and disappointment; acknowledge your part in it; and have understanding for the person who triggered you.  In regards to my situation, perhaps the whole scenario could have been avoided if I had shared how the initial remark had made me feel rather than letting myself feel judged.

The problem with judgment
Tagged on: being in nature    comparing    conflict    context    deeper understanding    judgement    judgment    putting yourself in another's shoes    self-judgment    separation    the good samaritan
This website uses cookies to improve your experience. We'll assume you're ok with this, but you can opt-out if you wish.Accept Read More
Privacy & Cookies Policy