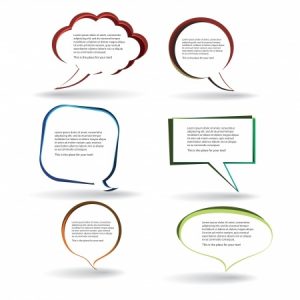 In this article, Kate Griffiths shares some of the steps you need to take to create the space for deep connection within conversation that can bring about huge shifts in organisations and individuals.

One of the keys to success as an entrepreneur is the ability to be resourceful which comes the more that you can really hear what people are saying and respond to that.  Some of your ideas will take, others won’t and it has very little correlation to how much you like a particular idea.

Here’s an example of what I mean.  I started getting into mindfulness because I asked myself a question:

Why do so many people find it hard to have connected conversations?

I realised that some of that was to do with the fact that for the most part people are not truly present.  How often have you asked someone a question out of politeness or to put that person at his or her ease and then not really heard the answer?  That happened to me earlier this week and I was fine with it because I recognised the intention of the person and that they were slightly preoccupied because they were about to run an event and needed to be ready for that.  Their mind was on other things.

It is hard enough to be mindful in conversation with just one other person so imagine the demands when you have a group to facilitate.  Yet that is what I thrive at.  When I love something, it becomes the focus of my attention.  At the beginning of the year I set out with an idea, which turned into a twelve month programme.  As it has evolved, I have found myself reading up more about group process so that I can service that group to the best of my ability.  My recent research has included delving into The Circle Way and I have been getting some real aha moments.

A key part of circle is the ability to do three things: listen intently; speak your truth and attend to the well being of the group.  That is quite a juggling act.  The following story shows that more fully.

A while back, I attended a workshop in London aimed at change practitioners.  The organisation behind it believes in creating a space where it is safe for facilitators, coaches, OD professionals and others that help individuals and organisations to transform to be themselves so that they can learn and grow.  It is a beautiful, magical space and I am so grateful that it exists.

Part way through the day I ended up in a group with two others to discuss an aspect of awareness, an irony I only appreciated later.  I happened to be with someone I had never met before and someone I knew quite well.  And then it happened.  I wanted to express part of my inner truth and could not find a way into the conversation.  I was baffled initially and then after ten minutes had experienced a range of emotions that included sadness because I felt as if I was being excluded and finally anger because the behaviour of my two colleagues did not meet my expectations.  I forgot all my mindfulness training and after my companions prodded me a couple of times, I let rip.  I described exactly what I saw.  I was very direct and at the time all I could see was what I thought of as justified anger.  I was unaware then of the judgement and unsurprisingly there was a ripple effect.

There was a kernel of truth in what I shared but its impact was lost because I was unable to express it in neutral language.  Clean or neutral language is key when in dialogue and discussing difficult and/ or emotional issues.  I learnt so much from that exchange and yes it was painful.  On the plus side, we were all very present in that part of the conversation and at least two of us felt very alive during the cut and thrust of the exchange.

It is also about timing: noticing the impulse to speak and considering whether it is appropriate to share or not.  You will have many impulses in a conversation.  One of the ways of deciding whether to share and if you do so how to express it, is to think about the impact it will have on the well being of the group.  Too much self-censoring can lead to your emotions leaking out anyway as I know from my own experience.  Yet self-monitoring is another important part of any dialogue.

There is such a fine line between self-monitoring and self-censoring.    It takes discernment and practice to know when to speak from your own inner truth especially in situations when it may well contradict the conformity in the group.

In Circle one of the ways around these types of issues comes through having some structure around how to hold the space.  One very practical way of doing this is by having three specific roles – a host, a guardian and a scribe.  In my mind the one that is crucial is the guardian.  The guardian is reading the energy of the group all the time and deciding when an intervention like a pause is needed.  It is such a good idea to have this kind of shared leadership between the host and the guardian.

In essence as you start to adopt these principles in meetings and other fora, notice what happens.  At the very least I expect the quality of your conversation will change.

Kate Griffiths creates a safe space for therapists, coaches, consultants and those that work with others so that they can experience their true selves and obtain more ease and flow in their lives.  Clients include conscious business owners and leaders who recognise that the old paradigm way of doing things does not work and want support in determining what the new ways of doing business look like.  She will be running a half day soul retreat at Barefoot Therapies on Tuesday 18 March so get in touch if you wish to participate.

How to create conversations that lead to change

15 thoughts on “How to create conversations that lead to change”