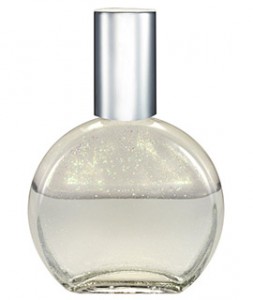 As you may well remember following the 2008 crash, many people then talked about the old paradigm crumbling before our eyes.  Then again four years later it was claimed that 2012 symbolised the end of one era and the starting of another according to the Mayan calendar.  I ask the question is unity and a new understanding even possible as we all reel from the shock of the Amy Cooper and George Floyd incidents.  In the light of such events, you would be forgiven if you felt a tad cynical about all this.  I would like to give my take on it as way of offering a possible alternative perspective.

Order comes out of chaos

Following the recent events in the US, there has been an outpouring of anger and grief; along with protests in many countries.  The darkness surrounding the incidents was always there; this is not happening because Trump stirred up hatred and fear to get elected.  Yes his campaign and style of government have created the space that allows such sentiments and behaviours to be aired more freely.  But here’s the thing they were present before Trump was even elected.  If we are ever going to witness justice and be truly united then this darkness needs to be seen in the light so that it can be healed.

Creating conditions for a new kind of conversation

We need to create the conditions to allow a new kind of conversation to emerge.  One where we can capitalise on people’s curiosity to engage by making it feel safe enough to ask questions that may appear dumb to some.  I include myself in that category.  Until very recently I was not aware of the extent of the systemic racism in the US; the criminalisation of Black men in particular.  This was made possible because of the way they were stereotyped in DW Griffith’ film, The Birth of a Nation(1915).  If you want to understand more about what has happened over the last 100 years or so, then 13th is a dispassionate account of the recent history of the US.  The opening lines of the documentary are:

We are already seeing change brought about by the strength of public feeling.  We are seeing this at a societal level and at the micro level.  Last week, Verizon’s CEO was prepared to share the rawness of his feelings.  Watch this 5 min video to find out what he and his team have pledged to do to bring about social justice.  It makes for powerful viewing.  Closer to home, Humans First a global movement of which I am a part, are trailing a new way of having conversations which sees more of the hues in hue-manity. Who knows where such depth of connection will lead?

This was the promise of the Full Moon eclipse last Friday.  We were called to set our sights high on our vision for the world we would like to usher in for our children’s children and beyond. As astrologer Amanda Bradbury wrote, Let love win, by allowing yourself to be open to synchronicity and your own inner guidance to travel in a direction that opens up new pathways and possibility. It is an opportunity to heal and release all misunderstandings and pain. The invitation is to invoke a return to sweetness and innocence for ourselves and the children of the world. You can start by living in the oneness your spirit has always known.

How can colour help this process

Finally as the saying goes ‘Rome wasn’t built in a day’ and so the process of dismantling outdated structures takes time. And the time is now.  I know this is the truth because clients at the moment keep being attracted to the bottle pictured above which represents six dimensional energy and is called Unity.  This bottle reveals a path to unity in mind, body, heart and soul for every human and for the planet as a whole.  It is the last in the Coral Gaias.  How will this occur in our 3D world you might be wondering? Tenderness is the key and is a quality that resides within Coral.  I want to end with these words from Gunilla Norris:

Tenderness is just the quality our rocking world needs right now. When we act with tenderness our actions can enter circumstances and change them more deeply than other qualities do.Tenderness, like water, finds it quiet way through almost all barriers.

To conclude, we are being asked to dig deep and have faith.  Faith is believing something good will happen without seeing it. Take a moment to consider the world our hearts know is possible and reassure yourself that it is coming.  For me that’s a world where more and more people recognise that we are all interconnected and that if one of our number is unsafe, we are all unsafe.  When we have faith, it becomes easier to trust in the beneficence of the Universe.  Just remember that whatever you focus your energy on is what will grow and expand.

Is Unity and a new understanding even possible?
Tagged on: 13th    big conversations    blacklivesmatter    criminalisation    crucial conversations    faith    hue-man    hue-manity    interconnected    racism    unity
This website uses cookies to improve your experience. We'll assume you're ok with this, but you can opt-out if you wish.Accept Read More
Privacy & Cookies Policy