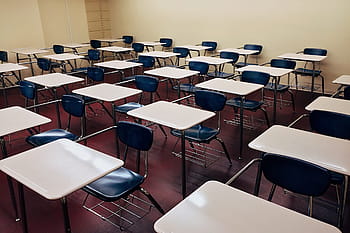 At some point I bet you felt that sense of fear that comes from having to sit an exam at school or university.  That’s normal but for some it goes so much deeper than that. I was a grade A student at school predicted top grades at 18 and yet I never achieved my potential at school.  It wasn’t a lack of ability rather it was due to something I inherited, anxiety based on a chronic fear of failure.

Years later as an adult, when I had stopped taking exams and had a Masters under my belt, I still had dreams of being in the assembly hall with rows and rows of desks and chairs.  As soon as I realised where I was I would become aware of that familiar sinking dread.  Then it would go from bad to worse. I would discover that I was in a physics exam and would feel completely exposed because I had prepared for a history paper.  I knew I would fail and have to come back the following year to retake.  Even as I write this I can start to sense all the feelings I had around that and how real it felt.

The exam anxiety comes from stress, which is something everyone experiences at times.  When you feel stressed your body’s “fight or flight” mechanism kicks in, and it feels much the same way as it would if you were in real danger.

Exam anxiety symptoms may include:

Negative thoughts can lead to self-sabotage

The primary cause is negative thoughts that come from a feeling of “I can’t do this.”  I remember feeling overwhelmed by how much my teachers knew when I was 16/17 and I felt I would never have all that knowledge at my fingertips.

What we know from studies into how the mind works is that if you say something often enough, the thought becomes a self-fulfilling belief.  And so then you self sabotage your own efforts.  I did that in a number of ways.  I would not give myself enough time to read the questions and so I would misread it and so not answer the question properly.  Other times I would spend too long on the first question so I did not have sufficient time to complete the remaining questions.

How to work with exam nerves and anxiety:

A lot of the advice out there will suggest that you do old exam papers and you practise, practise, practise.  I did that and would always do well in the course work as I read widely but then when it came to the exams, I fell apart.  I now know that was because I studied too much.  For my end of school exams I studied eight hours a day every day of the holiday without a break!

When I was in the real grip of negative thoughts, the idea of replacing them with positive ones was impossible.  At that point the doubt and fear were just so much more real.

Just before my finals, I found myself going away for a few days to the Holy Island of Lindisfarne even though a part of me was afraid it might jeopardise the results of my exams.  It was a wonderful time and the energy of the place was incredible and had a real calming effect.  In that moment just like Saul on the road to Damascus I had an epiphany!

As Einstein is purported to have said you cannot solve a problem with the same energy with which it was created. At the time I didn’t have the words for it but looking back now I realised I didn’t need fixing.  I had to learn to be with all my feelings and let them flow through me.  Emotions are merely energy in motion.  Working in this way I realised over time that I was naturally creative, resourceful and whole.  That bit took some work I can tell you!

Back when I was doing my finals, it was very different.  I remember that the only way I could cope with it was to have a very clear structure to the early morning before the start of an exam.  I always made sure I turned up no more than 15 minutes before the start and I remained silent and didn’t catch anyone’s eye.  And I focused on my breathing.

Working with colour I was able to start to integrate all the different aspects of myself and see them as part of something much bigger.  Yes all the tips that you will read in other articles help such as being prepared, having a regime of deep self-care and yet there is another element to all this.

I believe that we have taken physical form because we wanted to experience the range of human emotions from indescribable joy to overwhelming sadness.  In doing that many have forgotten who they are really.  As de Chardin said

“We are spiritual beings having a human experience.”

The work I do with clients helps them to see that for themselves so that they can enjoy every part of life again – the good, the bad and the ugly.  That is the promise and your life can and will transform providing you commit to the process and show up consistently.  Are you ready to feel the magic?  If so I would love to hear from you.